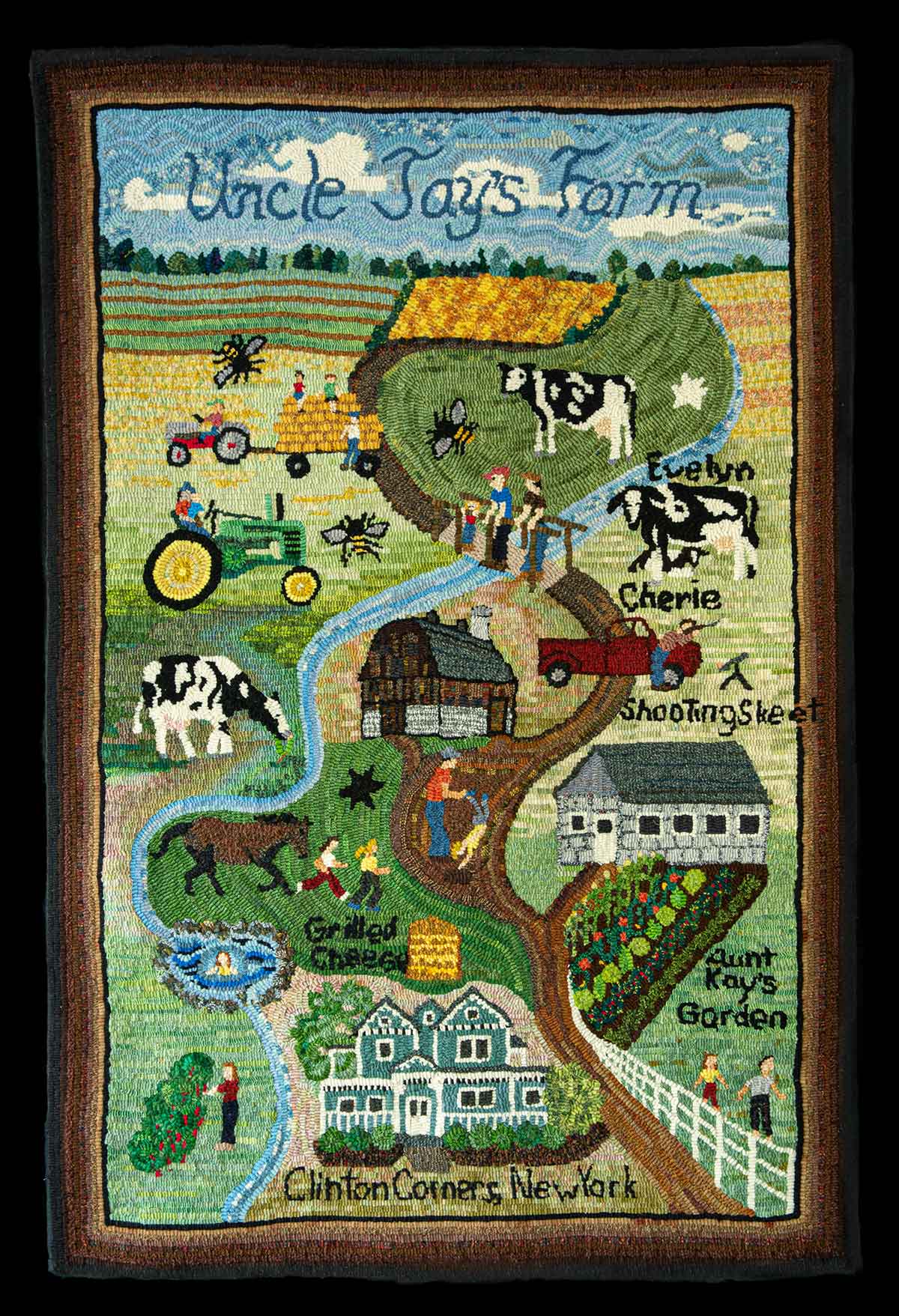 This rug is a tribute to my father’s youngest brother, Jay Valentine Souers, who died in a farm accident at the age of 28. I was just 10 years old at that time, and my Unlce Jay’s farm had been my favorite place in the whole world. I have no photographs of the farm, so all of the images are from the wonderful memories I hold in my heart. The layout of the scenes depicts the geographical layout of the farm as much as I remember it.

On the back of the rug, I included a photo of Uncle Jay, a copy of his obituary, and a key to the images depicted in the rug.

When I was a little girl, my grandmother had a large rug frame set up in her living room. I don’t remember her hooking when we visited, but there was always a rug in progress on the frame. As a young adult, I was pleased to see that she had given my mom one of her rugs. When my mom died, the rug was passed to me. At the age of 50, I decided it was time to follow in my grandmother’s footsteps. I applied and was hired to make some punch hooked rugs for MacAdoo Rugs in Bennington. That career didn’t last long. A few years later, I met a woman named Linda Smith at a retreat who introduced herself as a traditional rug hooker. When she heard of my interest, she invited me to a rug social gathering in Wallingford, VT, cut lots of wool for me,and helped me purchase some tools and materials. I’ve been hooking ever since. Thank you, Linda Smith for getting me started, and thank you to the wonderful rug social women in Brattleboro, VT for their continued encouragement and support.