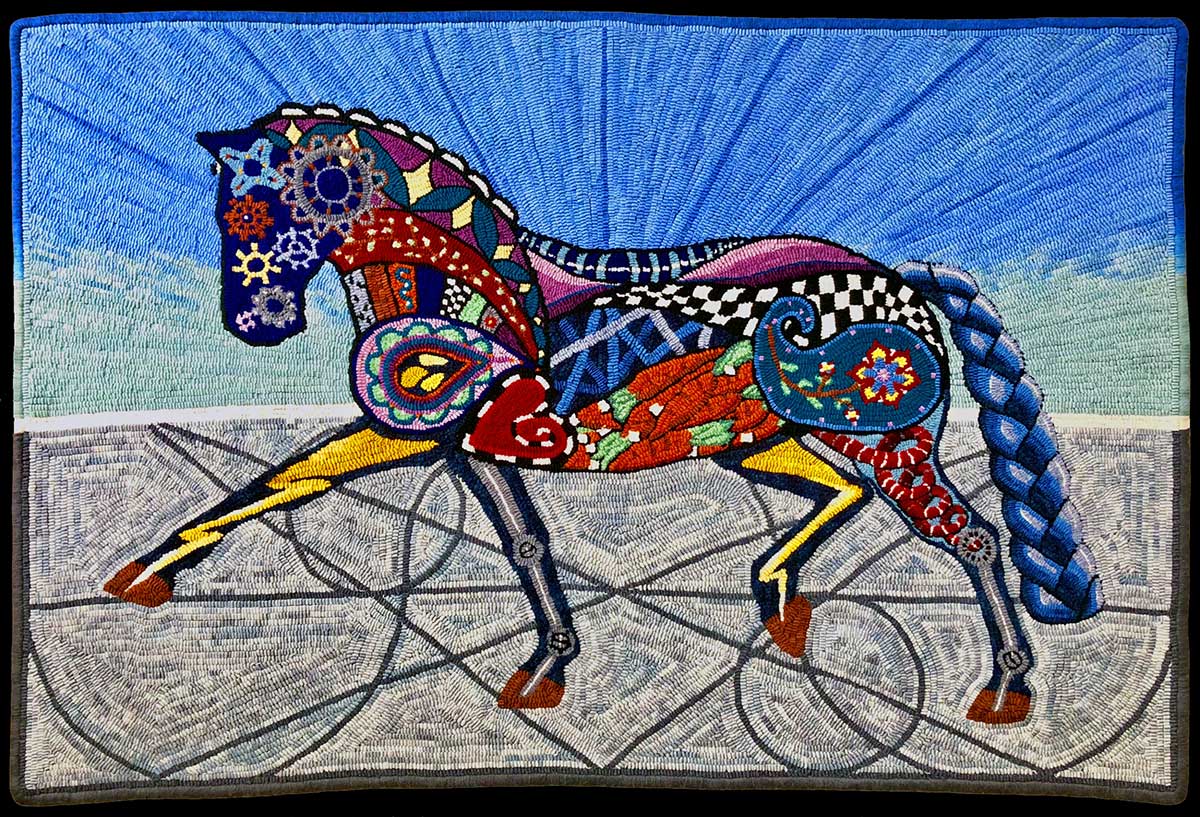 When sketching ideas for my next rug (initially a paisley-only horse) the zentangle craze caught my eye.  This form of drawing was far outside of my comfort zone, but I like a challenge.  I purchased a zentangle how-to drawing book and gave it a whirl.  But just drawing designs wasn’t for me.

HOWEVER, I began picturing zentangle elements adding visual impact, interest and allowing me to better express the awe & feeling of riding a dressage horse in extended trot.  So the drawing began and this rug was borne from this dressage rider’s imagination.

(Sidenote: I began this rug in Florida. Never in a million years would I have guessed I’d complete it as a NH resident!)