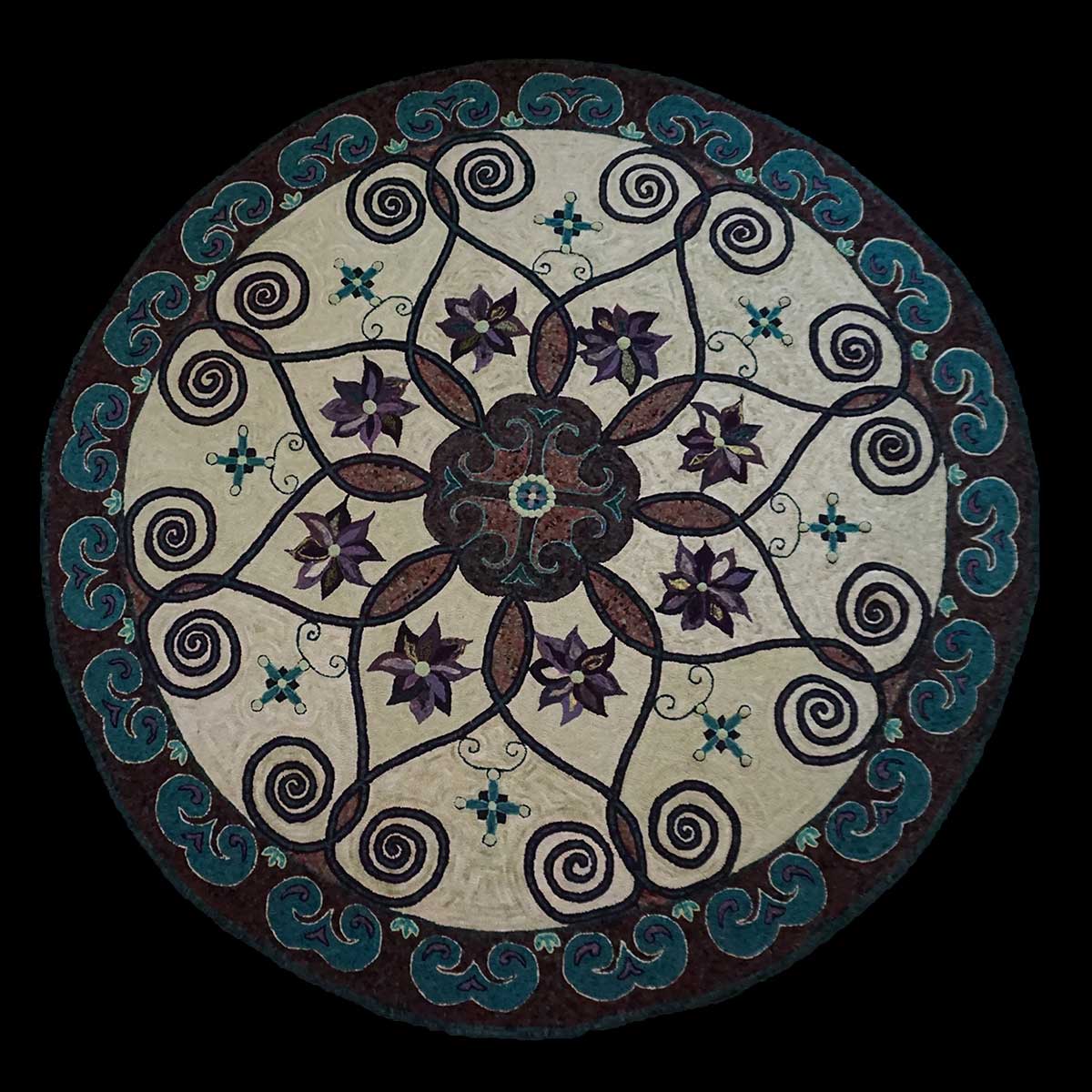 Nancy, a New Jersey native, has lived in Gorham, ME since she was 16. Her beautiful rug provides hints of her background as an architectural draftsman and of her degree in art (albeit with a major in sculpture). With all the classes in art she also took many in women and gender studies and writes “so I guess you could say I’m a feminist hooker”.

She began studying rug hooking with Jackye Hansen in 1995, and enjoys working in many different styles. She practices a number of fiber arts, and has recently taken up encaustic painting.

Anyone who has visited Charleston, SC will relate to Nancy’s subject. As she tells it, she was on a family trip there and one day while taking photos from a carriage ride she spotted a particular gate and said “Oh my gosh! That’s a rug!” She was captivated by what she describes as the fiddlehead swirls and the overall decorative impact of the beautiful ironwork. She purchased a book on the decorative ironwork of Charleston, came home and designed her rug.

Knowing just where she wanted to put it called for a circular rug six feet in diameter. The challenge was how to draw a perfect large circle; she solved it by finding a table of that size in a furniture store & using the top as a template.

The palette she chose was obvious for a self-described ‘purple person’ and the turquoise sets it off. Wool on linen, the cuts used are mostly 6s with some 3s through 8s, and you’ll find some Waldeboro in the center medallion. The rug edges are whipped over cording, finished with rug tape. Not surprisingly, Gates of Charleston, which Nancy really enjoyed hooking, received an Honorable Mention is the current Celebrations.