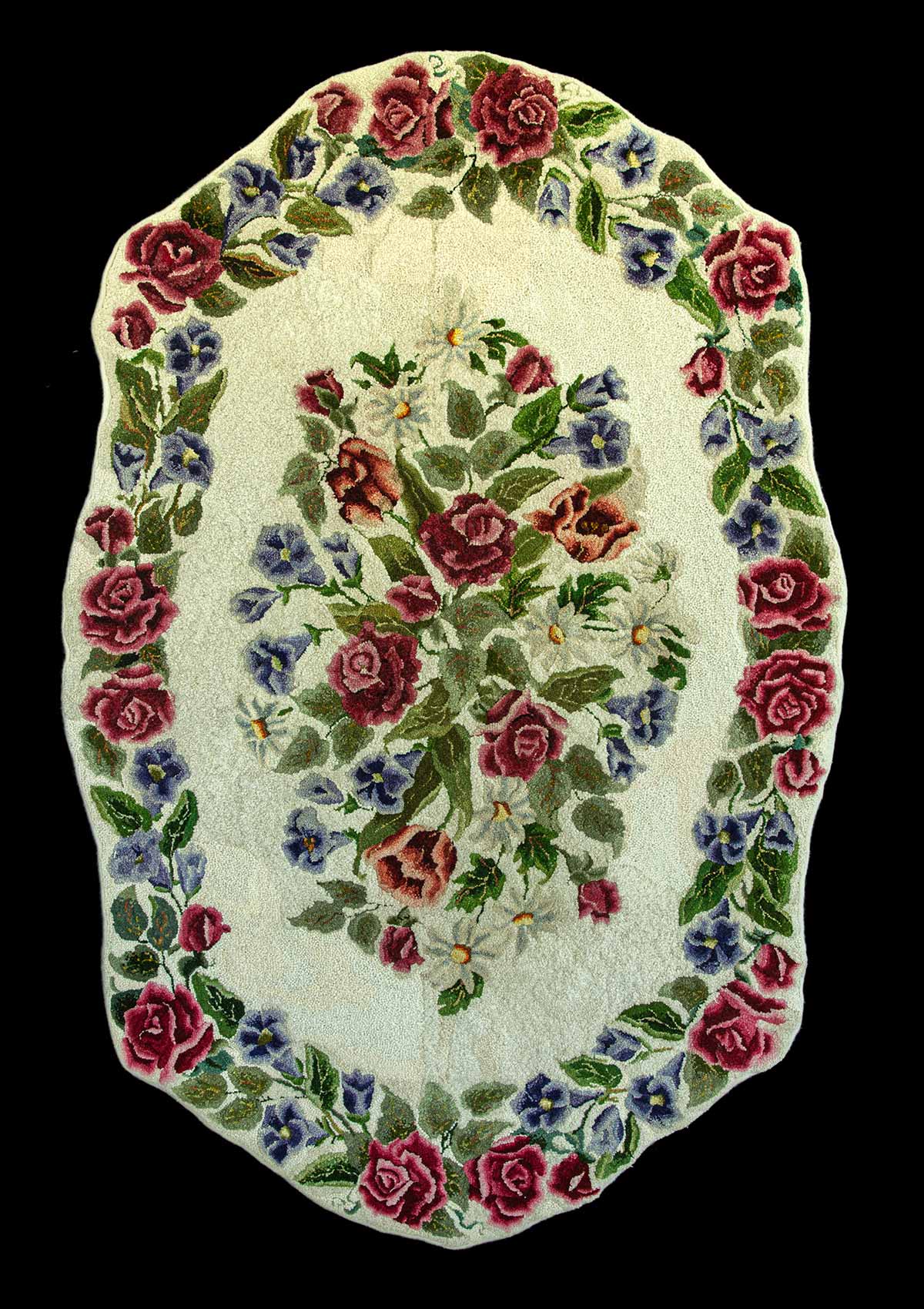 Originally 9’x12′ this abandoned project from an unknown rug hooker, was left at my door, ripped, smelling mildewed. After years in storage, I cut off the outer border and washed what remained. The rug survived, the smell was gone. I repaired it, and finished hooking several flowers and the background.

Though my life has taken many twists and turns, rug hooking has always been the constant theme and is certainly a way of life for me now. I’m a fourth generation rug hooker and I learned the technique of rug hooking at age six from my mother. During my teenage years my mom taught me about dyeing wool fabric, and then later she taught me to repair antique hooked rugs. In 1999 I opened a retail shop in Montpelier, Vermont- Green Mountain Hooked Rugs- where I sell supplies for rug hookers, teach classes and offer rug repair. This business has expanded over the years and now several family members work with me as well. During my career I’ve held offices in the local, national, and international rug hooking guilds, and in 2010 I was honored with the Governor’s Heritage Award as best folk artist in the state of Vermont. My rugs have received numerous awards and have been featured in several national publications.