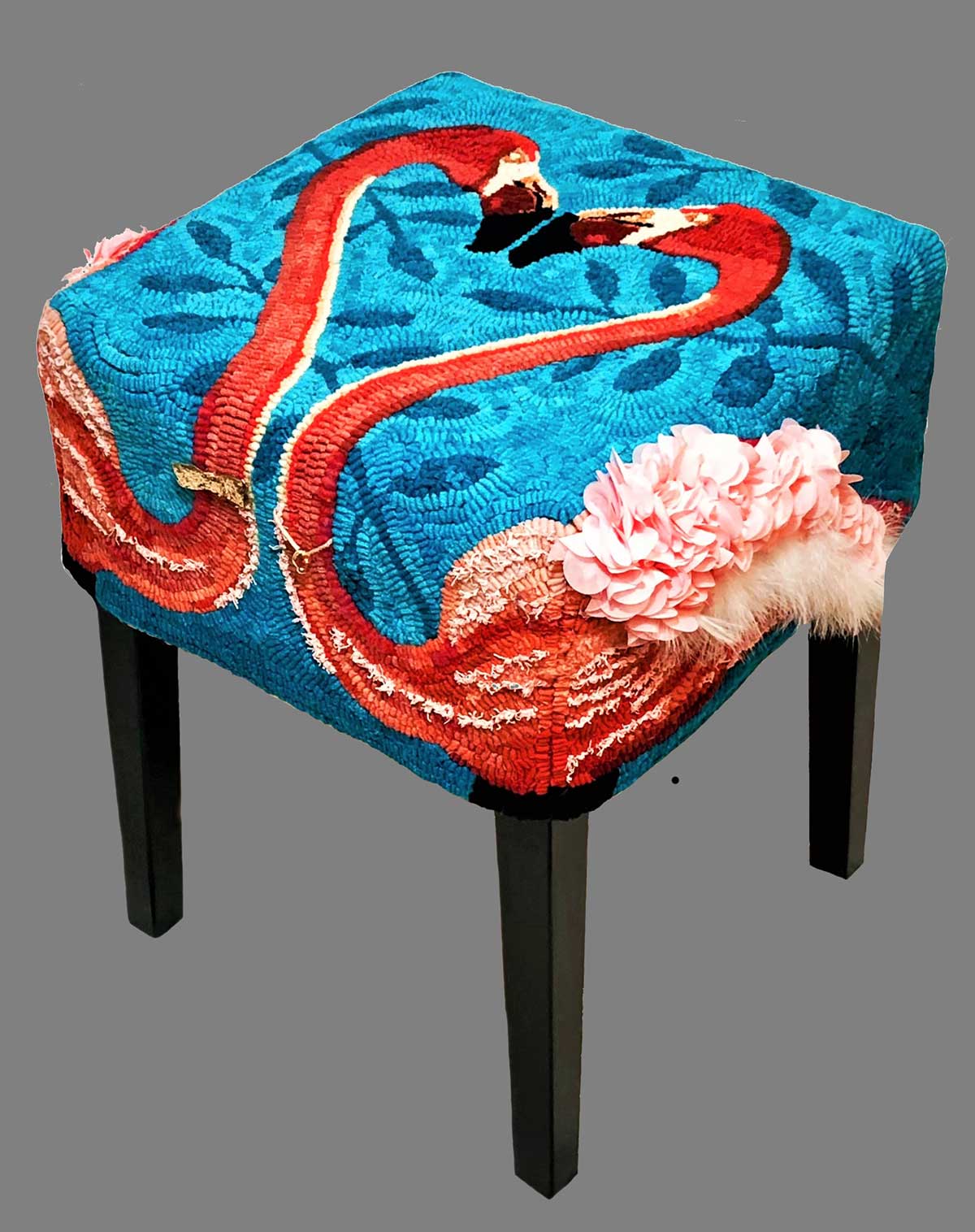 Dear friends of ours from Florida had been planning their wedding for a couple years.  Flamingos had always been a favorite of theirs and as the wedding plans unfolded, I noticed the colorful birds began to subtly and tastefully creep into their wedding theme. So I decided I simply must hook a keepsake that celebrated their union and one that matched their home’s colorful Florida décor.  I’d originally thought about covering a foot stool, but then read you could hook a bonnet-topper for the seat-height IKEA stool.  So not only could I make them something colorful and fun, this stool could actually be used as a spare seat.

I bought the IKEA stool and then was able to create a paper template that looked like a “plus sign” and then referenced photographs of flamingos and learned there is little to no difference in the appearances and colors of the male and female flamingo.  So I started drawing & knew exactly how I wanted to execute the design, with the birds’ heads and necks forming a heart on the seat.   The birds’ necks curve down to the front panel where they attach to their bodies that continue around each of the front corners to the sides. Since I wanted to hook the flamingos as “Bride & Groom”, I embellished the Bride’s plumage more generously.  I deliberately used only 100% wool strips on the top to insure the seat would wear well over time.  Embellishments are all hooked into the linen, but can be removed should the piece ever need to be cleaned.  The back panel was hooked with their names and wedding date. I finished the piece by binding the edge with a similar-colored wool yard and then fortified the edge with a hand-stitched binding tape. I wrote and printed a sentimental note on muslin to commemorate their big day and stitched it to the underside.

I began rug hooking in 2007 and am basically self-taught since Central Florida was a hooking “deserted island”. We relocated to NH for my husband’s job in 2016 and the biggest silver lining in the move was that I discovered I’d landed in rug hooking Mecca!