We are are a group of rug hooking artists who join together to develop and promote interest in rug hooking; to maintain high standards and encourage creativity in this art form; to provide the means for an exchange of ideas and information among the members of the Guild and to promote educational activities to enhance the interest in and the quality of rug hooking.

The Green Mountain Rug Hooking Guild began in 1979 with informal rug shows among Anne Ashworth’s rug students. Anne Taught in several locations around Vermont and came up to the Catholic Church in Richmond for a Thursday class on a fall and spring semester schedule. There were many regular students: Pat Heinrich, Pam MacPherson, Mary Burns, Bobbie Pond, Gerry Kuhlman, Myrna Lindholm, Maureen Yates, and myself, among others whose names I can no longer recall.

Anne brought supplies: Dorr swatches, her own dyed swatches, wool by the yard, linen, patterns from Joan Moshimer, frames, hooks, scissors, rug tape. Everything one might need. She would devote at least one class per semester to teaching a dyeing class and was considered an expert on dyeing.

Every summer Anne would invite her students to her home in Tunbridge for lunch, a show and tell and a chance to gather and learn with other hookers. You brought your own sandwich and Anne always made a perfect blueberry cake.

Many of the rugs were hung on the clothesline and others were spread on the grass. I recall meeting Helen Wolfel, her mother-in-law Louise Wolfel, both superb hookers, and Helen Prouty who created a magnificent rug showing an eagle soaring above Camel’s Hump that she hooked to commemorate Vermont’s statehood bicentennial in 1979. I think that rug is now in the state house in Montpelier.

Anne formalized the Guild around 1980 and celebrated with a show aboard the Ticonderoga at Shelburne Museum, held jointly with the Champlain Valley Quilters.

Anne was a talented artist. She was devoted to advancing the art and craft of rug hooking and the Guild continues on with the goal to teach and promote rug hooking in Vermont for the enjoyment and creative development of its members. 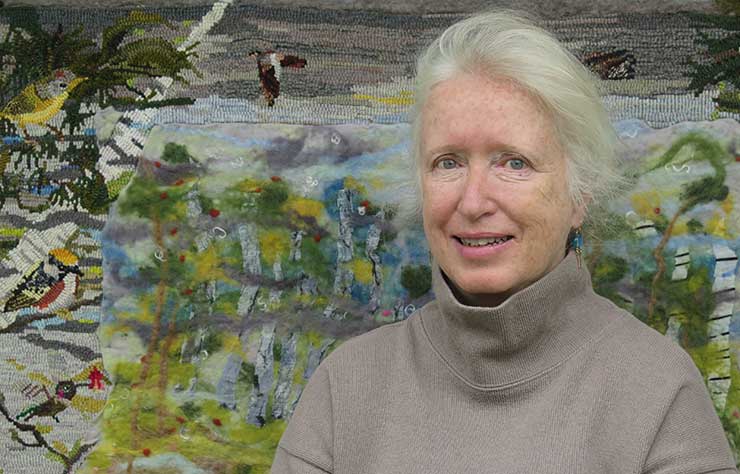 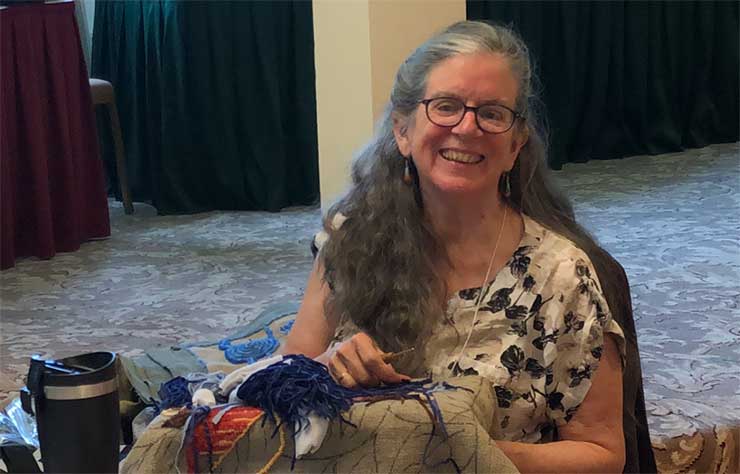 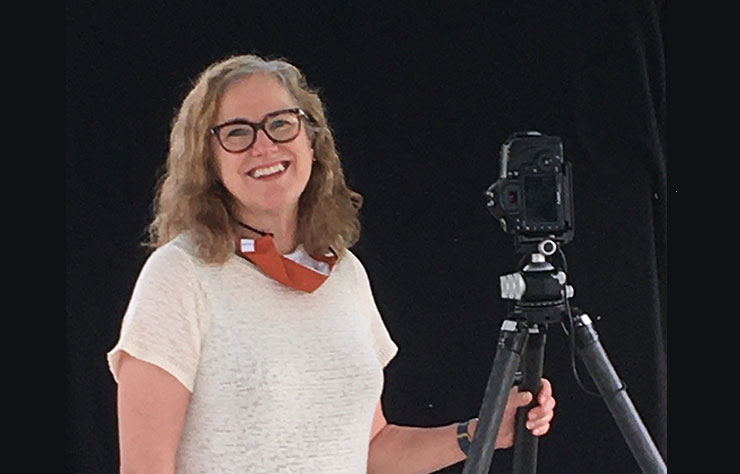 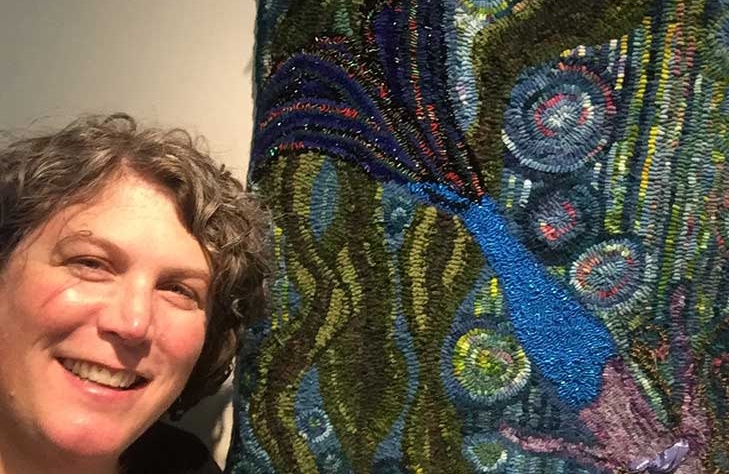 We offer this show free of admission,
but welcome donations in any amount.

Thanks to Rug Hooking Magazine...

…for the encouragement to take this on, and for letting use the articles about our featured artists.

We encourage YOU to checkout a subscription to the magazine which comes out 6 times a year, full of photos and stories of rugs and rug artists.

Click here for a special offer for the magazine  – available to visitors to THIS SHOW!